The Harley “AGATHIZADA” by Fran Manen

Last June, Fran Manen, owner of Lord Drake Kustoms, coincided with Agatha Ruiz de la Prada at a charity gala in Miami. A common friend was in charge of getting to know each other and, after a while of talk, the owner of Lord Drake Kustoms comments that he would love to make a custom motorcycle in the style of Agatha. Some of those present in the conversation quickly point out that it would be a great idea to make a motorcycle “Agathizada” and give color to the streets in the style of Agatha Ruiz de la Prada. 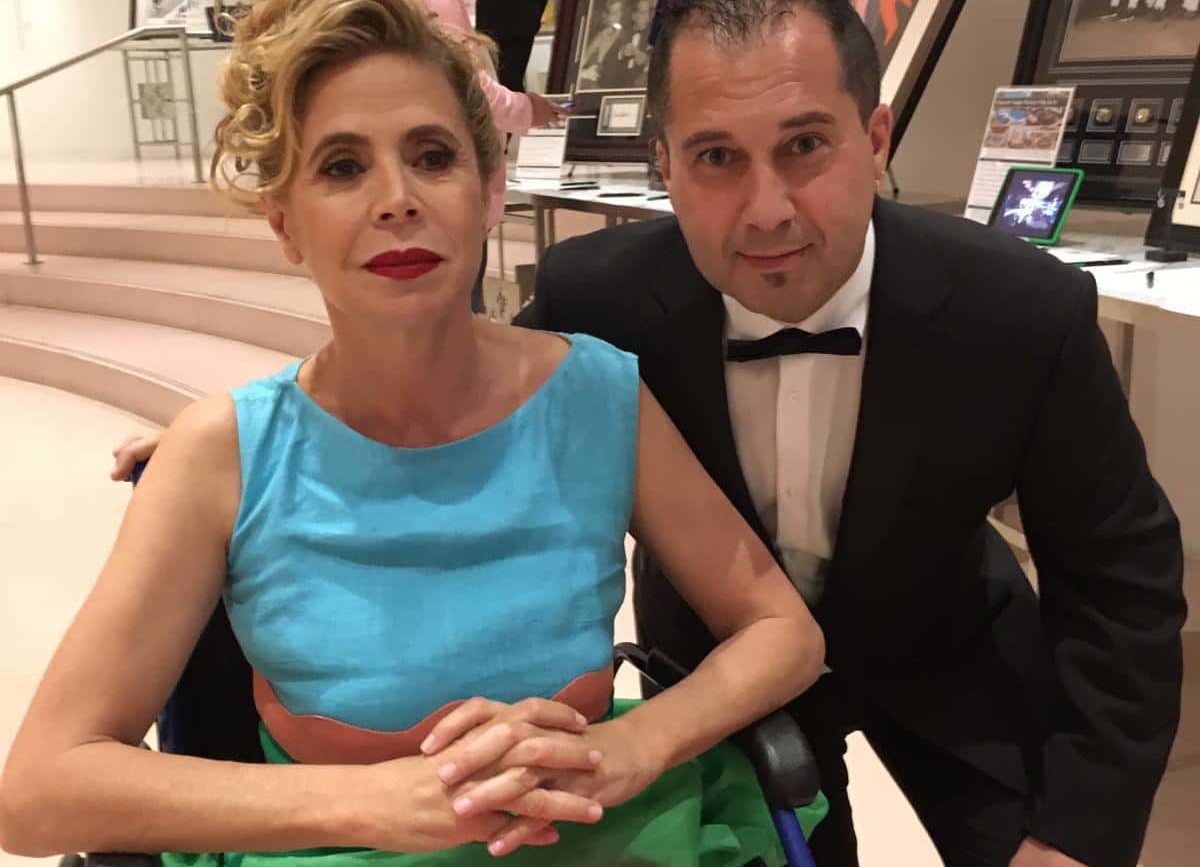 When he returns from Miami, Fran visits Agatha Ruiz’s studio in Madrid and meets with his team to explain the project from where he goes from a spontaneous idea to a “go ahead with the project”. Fran indicated that this first motorcycle was going to be a Harley Davidson Sportster, being thus not only the first motorcycle of this style, but also the first Harley “AGATHIZADA”.

Agatha’s team told Fran the main points to consider when “agathizing” something. One of the points that stood out, is that Agatha does not use the color black… Fran promised to make a motorcycle practically without black color (except for the tires or the occasional detail that was impossible to change color).

The result was this Sportster 1200, which has been transformed into the Harley and custom workshop of Lord Drake Kustoms in Malaga and which has become the first Agatha Ruiz de la Prada motorcycle. With more than 300 hearts, with virtually no black color (except tires), all the wiring, parts of the motorcycle and engine components have passed to the colorful world of Agatha, parts such as the rear fender, filter have been specially manufactured for the motorcycle air, handlebar, front tire, etc, etc. 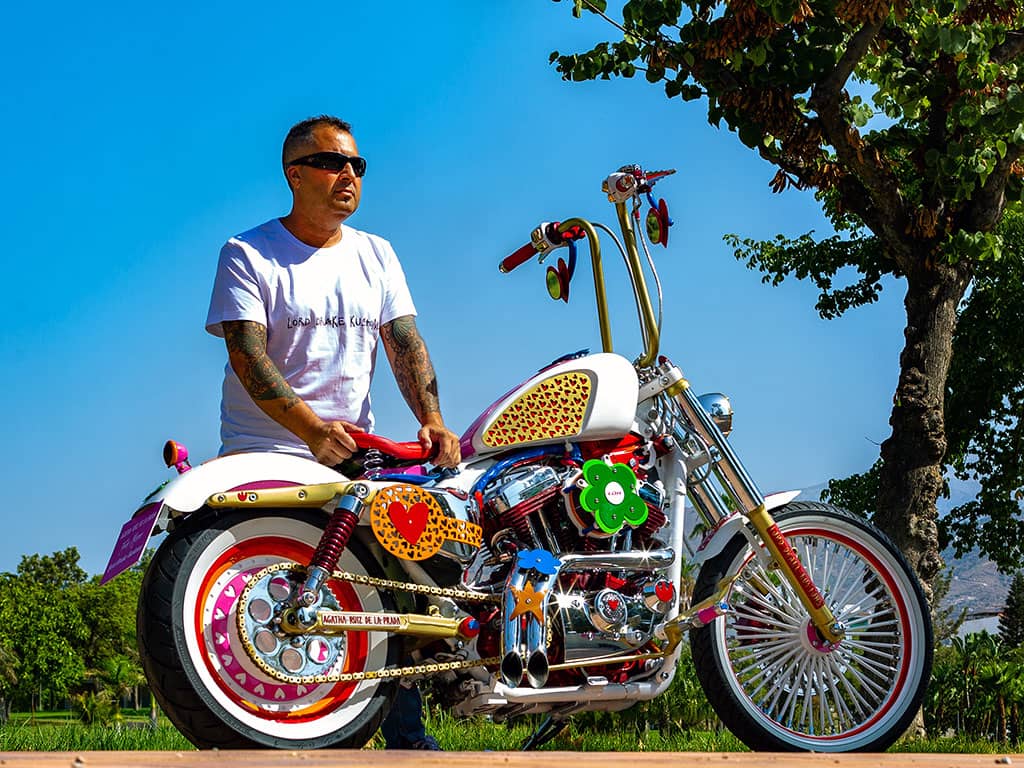 During the manufacture of the motorcycle, the Agatha team and Fran Manen thought it would be a good idea to present the Harley “AGATHIZADA” at the XXVI Charity Dinner Gala of the Spanish Association Against Cancer (AECC) in Marbella; since this gala, both were going to attend and Agatha Ruiz de la Prada was also going to be in charge of decorating the event; so that the motorcycle would give even more color to the gala.

In the charity gala presented by Ana Obregón and Boris Izaguirre; and that brings together a total of 550 attendees, is officially presented and is released for the first time to Harley “Agathizada”… that until then no one had seen. It has been exhibited in a Photocall specially designed so that all those attending the event could take a picture with this colorful and fun Harley that has broken all the patterns and customization concepts known to date (especially in the world of Harley motorcycles) . 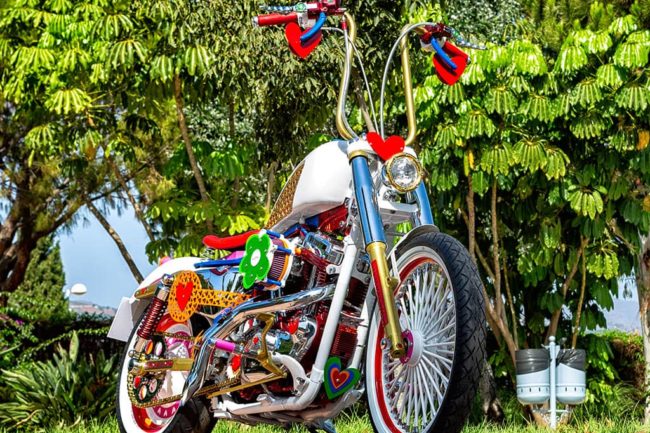 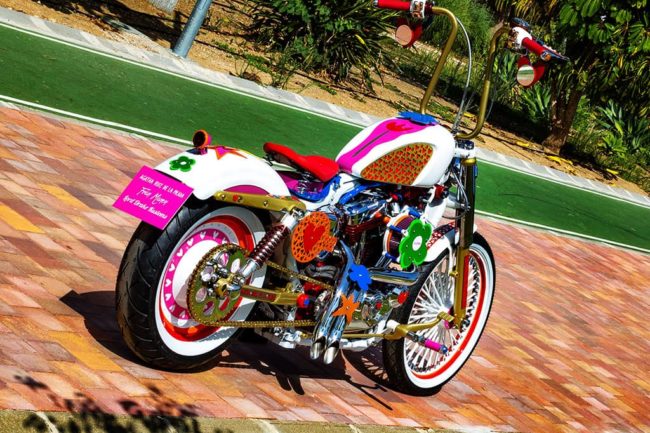 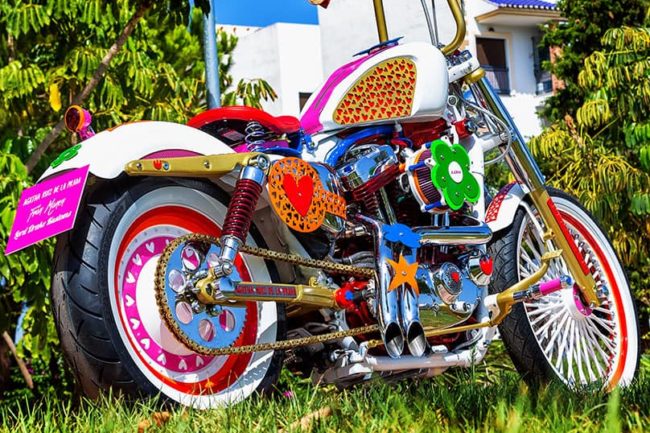 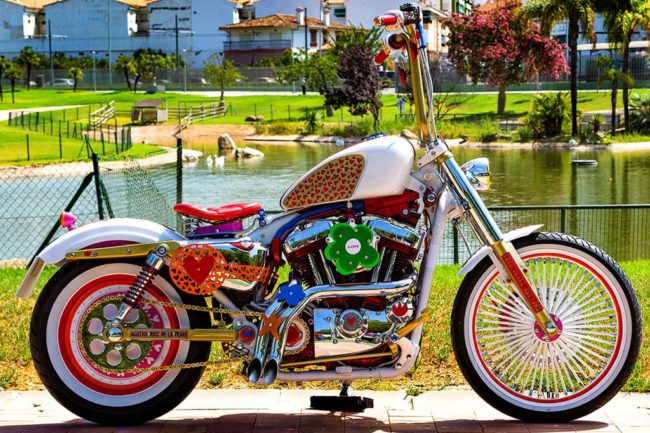 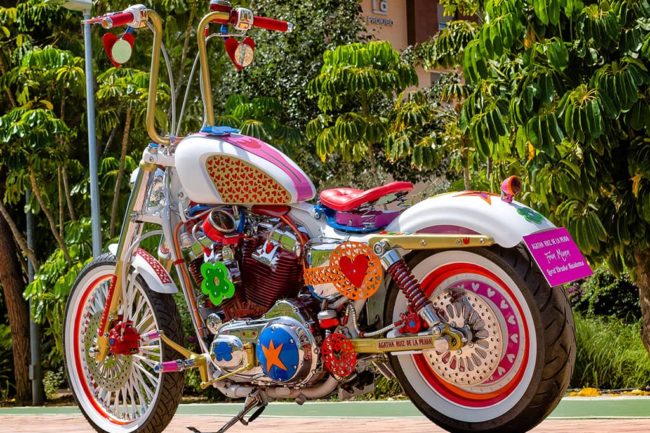 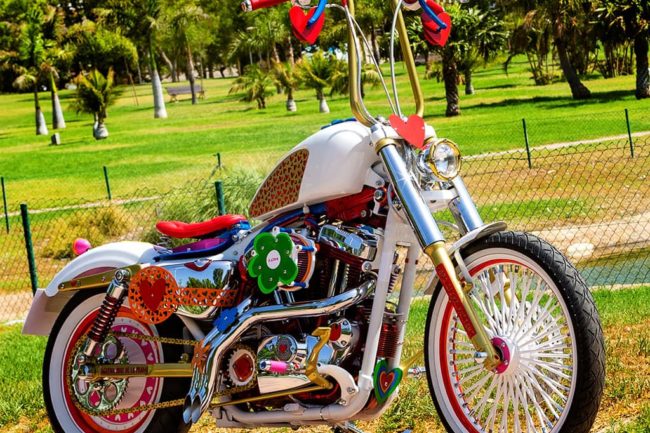 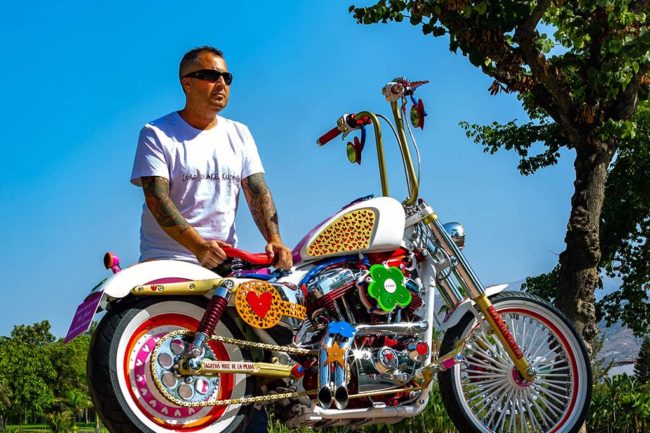 On behalf of the entire team of Lord Drake Kustoms and of course its owner Fran Manen; We want to thank Agatha Ruiz de la Prada and her entire team; He has been and is a pleasure to work with. And of course also tell them that it has been an honor and a pride to be able to make a motorcycle nothing more and nothing less than “AGATHIZED” to give a touch of color to the streets of our cities.

Also Many thanks to Álvaro Manén for the excellent photo report, of which we already give you some shots and that in a few days you will be able to know in full.